“So we are here because we believe, we hope, we pray that something new might emerge in the political life of this nation which will produce a new man, new structures and new institutions and a new life for mankind. I am convinced that this new life will not emerge until our nation undergoes a radical revolution of values. 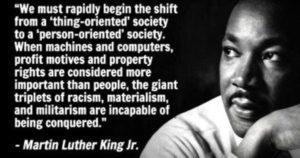 We must rapidly begin the shift from a ‘thing-orientated’ society to a ‘person-orientated’ society. When machines and computers, profit motives and property rights are considered more important than people, the giant triplets of racism, materialism and militarism are incapable of being conquered. A civilization can flounder as readily in the face of moral bankruptcy as it can through financial bankruptcy. A true revolution of values will soon cause us to question the fairness and justice of many of our past and present policies.”
— Dr. Martin Luther King Jr., “Beyond Vietnam: Riverside Church speech” {1967}

Dr. King is too often remembered for the comfy “I Have A Dream” speech and too infrequently given the credit he deserves for the ‘radical’ views he took in his last years. Sadly, his warnings have also not been remembered.

We live in a society that relies upon planned obsolescence and materialistic fetishes. Our culture idolizes patriotic killings and dramatized versions of eliminating “terrorists”. Our public discourse paints black-white swaths across areas of gray nuance.

There may not be anything that I personally hate more than racism. I find it to be both the most ignorant and the lowest of our denominators. It is stupid, simple-minded, moronic, idiotic, imbecilic, intellect-defective and the most densely destructive of our human deficiencies. I’ll only say it once, but fuck ALL racists. If we woke up tomorrow and all the racists were gone, our world would be exponentially better. Trumplodytes and Alt-Nazis talk about getting rid of Muslims & Mexicans –- I say we get rid of the racists that are screwing things up. It is not to say that everything would be perfect with them gone, but I don’t think we can even actually fathom the degree to which things would improve.

It would solve our Trump problem.

From the day that whites unloaded the first Africans on this continent, America has been built by the blood of the victims of Dr. King’s “giant triplets” more than the blood of the ‘founders’. From the 35-50 million Native Americans that were killed to fulfill Manifest Destiny, to the 15-20 million Africans killed and enslaved for American prosperity and growth (roughly 50 million for the entire Trans-Atlantic Slave Trade). Today we use black people as the main currency of our for-profit prison industry; Hispanics have become the ‘bottom of the boot’ wage-slaves. With the exception of the recent Standing Rock protests, how often do you even see Native American’s in our society? This is not to exclude poor whites from the corporate-sponsored system of indentured servitude, but to say that the application of oppression is equitable across the board is rigoddamndiculous.

America has more problems than racism though, and I would put materialism/consumerism next on the list. The pastor of mega-church New Birth Missionary Baptist, Eddie Long is (or was as of 1/15/17) almost the perfect embodiment of this. His prosperity preaching leached hundreds of millions of dollars from African-Americans so desperate for answers that a charlatan who sexually abused parishioners for years could win widespread acceptance and be held in high-esteem. He knowingly told poor people to send him money so he could buy a Bentley, a multi-million dollar mansion, and pay off the lawsuits to his many sexual abuse victims. His facade was so solid and his reputation so righteous that he spoke at the funeral of Dr. King’s wife, Coretta Scott King. 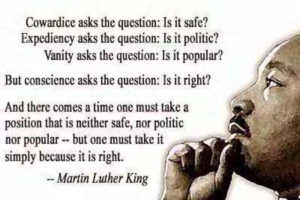 We are so obsessed with the cultural approval of our conspicuous consumption that we beat each other up over Wal-Mart Christmas sales, pay people to stand in line for phones that we’ll replace in a year or two, and we have more TV channels dedicated to selling worthless crap 24/7 than channels dedicated to science even 12/4. We are literally destroying our future just so that we can have endless picks of pieces of plastic today. There is a new term for our current age. It’s “anthropocene,” and it means “relating to or denoting the current geological age, viewed as the period during which human activity has been the dominant influence on climate and the environment.” This is not a good thing: it means that our way of life is causing the next great extinction on this planet.

Of course, the idea of humans being the cause of the end of life on earth is not new to us. Our adherence to militaristic notions of honor, duty, and obligation to country is so blind that even in the age of expanded drone wars we act as though its normal to rain death from the clear blue skies if our needs see fit. We play proxy-war games and flex our expansive muscles never thinking that some day it might just get a bit out of control. We’ve traded diplomacy for militancy; medicines for munitions; allies for enemies; and security for instability.

Our society has deified the soldier so much that criticism is treated as sacrilege. To question whether our military excursions are prudent and tied to our direct defense elicits calls to move elsewhere. The propaganda is so thick about our dedication to ‘vets’, but what happens if you suggest that the best way to protect them is to simply not create them? Instead, we thrive on the pomp and circumstance of NFL pledges of allegiance and the idiotic twits of a yuuge ignoramus. We kill and die to preserve an outdated model and dedicate our greatest resources to the preservation of a doomed archetype.

Our only hope forward is through the creation of a new green paradigm. We must work together to elect representatives that will end our reckless wars overseas and take care of the harmed veterans our failed policies have already created. We have to examine our own daily lives to find ways to minimize the harm our consumption does to the world and to also support efforts for a sustainable society. It is up to each of us to look within ourselves and to remove the racist distortions and stereotypes that have been repeatedly reinforced by the omnivorous “entertainment industry”.

We are not consumers; we are humans. We are not cogs in a machine; we are feeling sentient beings. For far too long we have been pawns: when are you going to get tired of just going along?

There is nothing that must be done that can be done not all as One.

Angels on the sideline: Puzzled and amused
Why did Father give these humans free will?
Now they’re all confused…

Angels on the sideline; Baffles and confused
Father blessed them all with reason
And this is what they choose?

Tweets 3,472
Following 236
Followers 31
Likes 3,318
Aldous Orwell Retweeted · John Spencer
@SpencerGuard
So I guess I came out on some antifa hit list for a targeted collective attack once @elonmusk amnesty kicks in.

Well, if supporting Ukraine is wrong … I don’t want to be right!

#SlavaUkraini
View on Twitter
411
0
Aldous Orwell Retweeted · Hunter Walker
@hunterw
I am apparently on the list of "antifa accounts" that far right activists are trying to get @elonmusk to ban from Twitter along with multiple other reporters, unions @32BJSEIU @RWDSU, and @iamcardib https://t.co/tJXGJUu2mu
View on Twitter 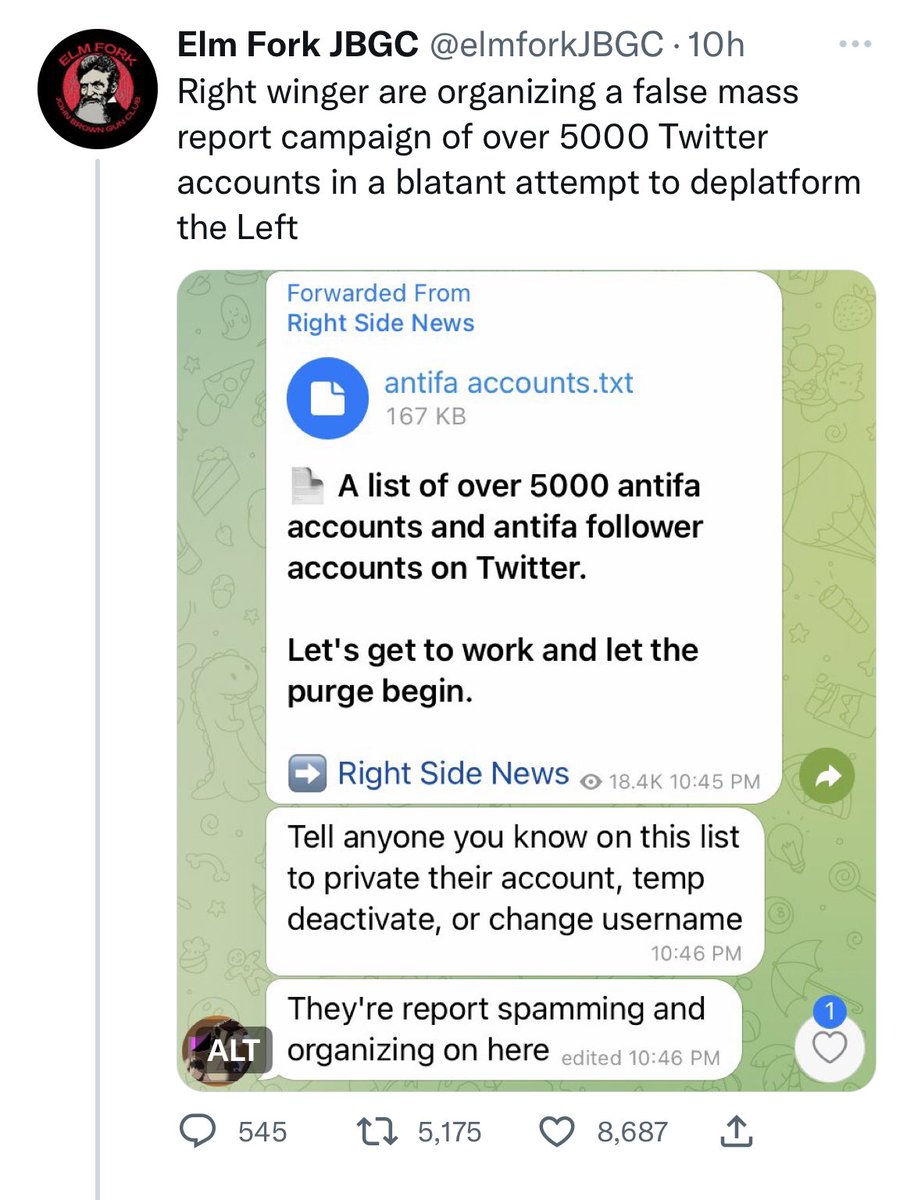 Elm Fork JBGC@elmforkJBGC
Right winger are organizing a false mass report campaign of over 5000 Twitter accounts in a blatant attempt to deplatform the Left https://t.co/WJx18iFps1
42
0
Aldous Orwell Retweeted · vx-underground
@vxunderground
Please do not go into a popular Discord server and tell 15,000+ people the default password to your local government 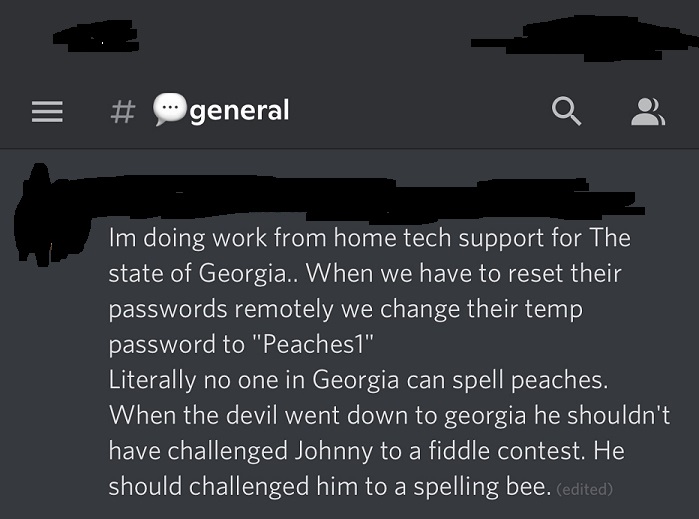 463
0
Aldous Orwell ·
@OwnsideOrg
🧐
To @knowledge_fight, @gotobedjordan, wonks & raptor princesses;
I'm trying to make a compilation audio of Dan debunking the Soros-antifa contracts. I have clips from eps #459 & #439, but I'm missing the 1st debunking.
Any help pinpointing episodes would be super appreciated.😘 https://t.co/tNgsVSeMb2
View on Twitter 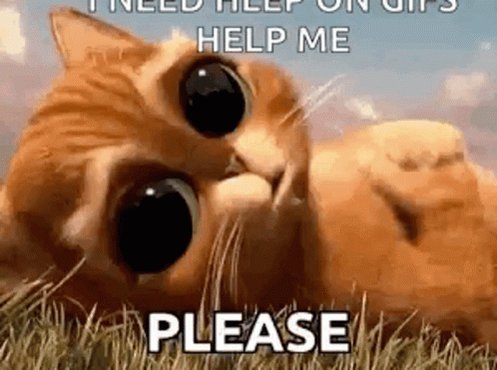 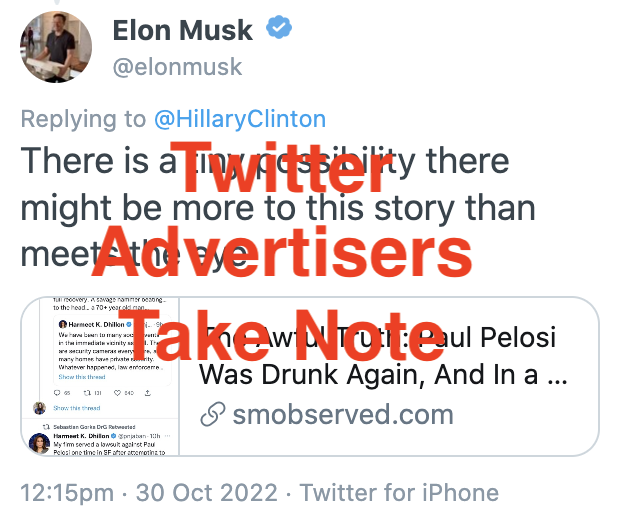